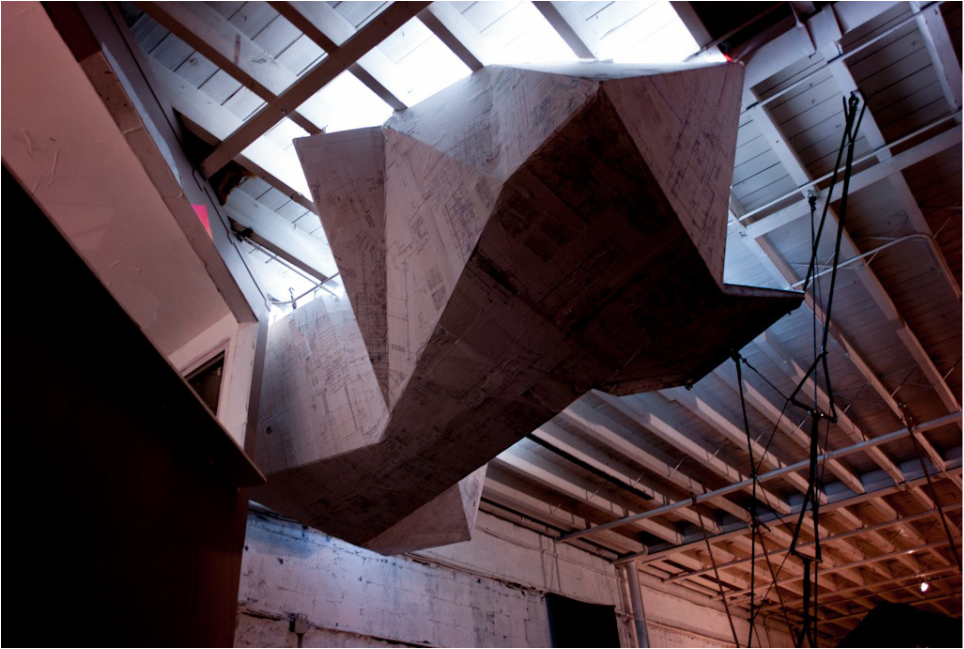 A bower  is an elaborate structure devised for the purpose of luring a mate. Fabricated by the male Bower Bird, this environment, along with a mesmerizing courtship display, is intended to entrance the female.  I created this Bower for the "RESONANCE" group show at the "HEADSCAPES" WAREHOUSE in Long Island City, New York. Twenty-seven triangular facets form an enclosure that is attached to the ceiling of the warehouse. The top is open to the exposed joists that reflect confusing and disorienting geometry into the mirrored panels inside.  All of the interior surfaces are faced with mirror as shown below achieving a hypnotic effect. The Bower is accessible only by way of a rope ladder strung between the floor and ceiling. Inside I found both males and females were comforted and tranquilized by the environment and spent long periods of time inside it. Some mating within was observed. The Bower was also part of an experiment in "morphic resonance" where a psycho-energetically empowered sigil symbol was sealed into its walls. The accuracy (above average) by which patrons could  associate the correct matching symbol to the bower symbol was tested. This experiment failed due to a lack of interest. 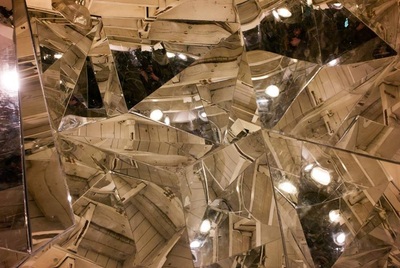 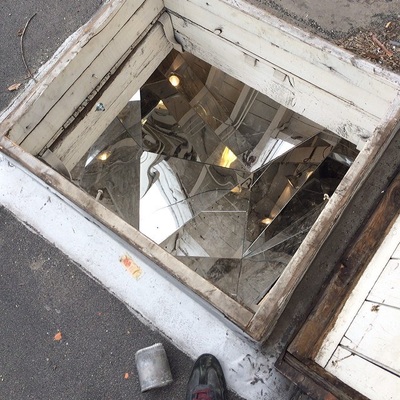 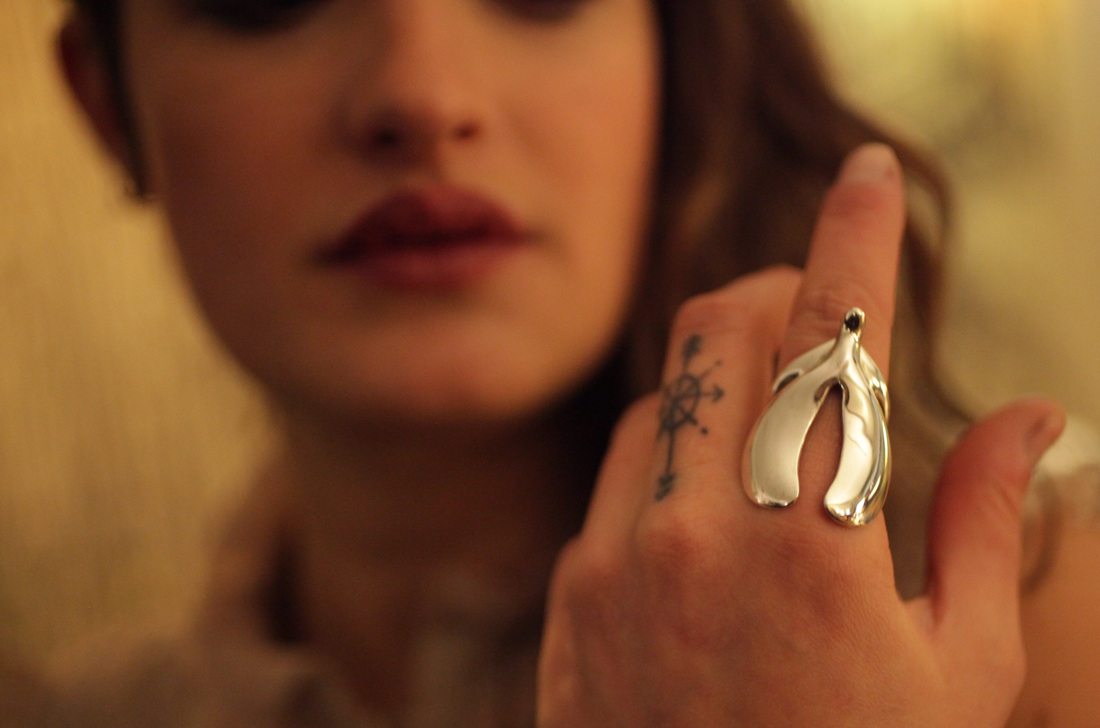 I design and fabricate a line of fine jewelry inspired by the full internal form of the Clitoris.

What is that, a dragon fly?
This provocative little anatomical form, mysterious yet oddly familiar, is a subtly stylized representation of a thing we all know, yet may know surprisingly little about. Until very recently both science and culture have misunderstood and often ignored all but the very tip of it. Our ring, like the anatomical renderings in the header, illustrate the newly rediscovered internal structure of the clitoris. The sensitive little button at the top of a woman's vagina is apparently just the tip of the iceberg. What lies beneath the surface is vastly more complex and fascinating. It contains eight thousand nerve endings at the tip that permeate through this greater internal structure, then connect to fifteen thousand more, suggesting that even vaginal orgasms are technically "clitoral." Over a lifetime a clitoris will increase in sensitivity and size seven times. The "wings," called the bulbs of the vestibule, hug the vaginal canal, composed of erectile tissue, they become swollen during arousal.  The two "arms," the crura form a wishbone-like shape. We like to think of them as a tuning fork, a device for sending and receiving vibrational energy, possibly for exploring the resonant structure of the universe.

PenelopiJones has hand crafted these jewelry objects as a fun and elegant conversation piece to help you illustrate to your lovers and friends a greater understanding of the miraculous structure of the internal clitoris.  May it serve you as a talisman for extraordinary orgasms! 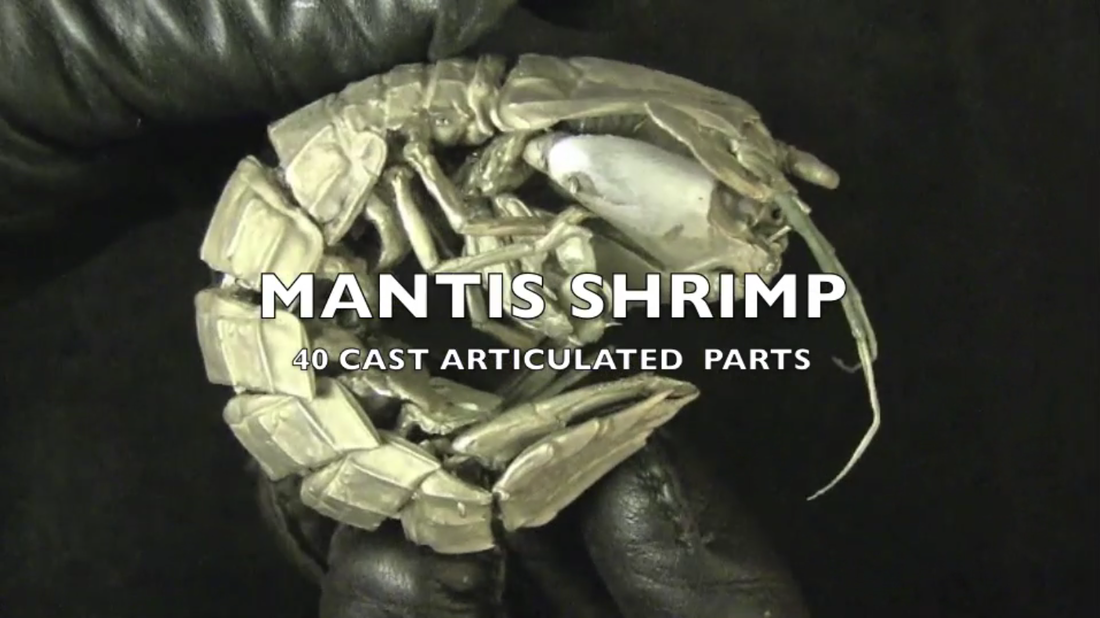 The Mantis Shrimp is a truly bizarre and fascinating creature. They have the most elaborate visual system ever discovered. They engage in complex behaviors such as ritualistic combat, twenty year monogamous relationships, they can shatter aquarium glass and are often found in extraordinary florescent patterns with which they communicate through polarity. I was first made aware of the existence of Mantis Shrimp when I found them for sale in Chinatown, NYC. Their perfect, complex and slightly unsettling alien forms seemed too strange to be real. I felt as if I had discovered something previously unknown to science. I decided at once that after eating some I would have to replicate one in silver. The prototype above is produced through lost wax casting. Forty separate parts are hinged together to illustrate the amazing articulation of their bodies. 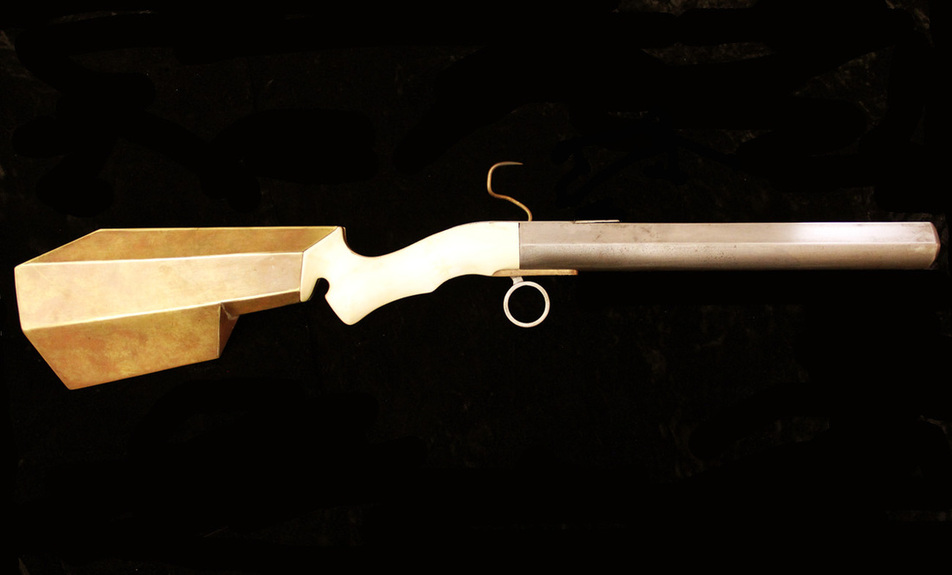 I built this black powder gun quite a long time ago. I designed it to use a cigarette butt on the end of the spike as an ignition mechanism. It never really fired very reliably. She is pretty though. 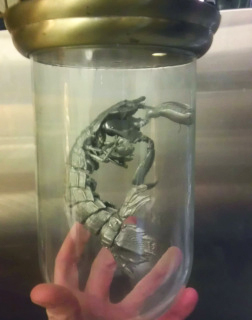 $3,700.00
Buy Now
40 PART CAST SILVER, ARTICULATING MANTIS SHRIMP. JEWELRY OBJECT.  These objects are very costly and time consuming to produce. Please contact me by phone if you are interested to confirm a delivery date.  646 221 7782.