"BURNING DOWN THE MEOWS"

You kittens be good, we'll be back on Monday at four, emergency numbers are on the fridge, frozen meatloaf in the freezer, and I don't want those dirt bike kids hanging around you hear, love you .........

the  swimming  cities  of  the  ocean  of   blood
waterborne  sculpture  project  on  the  ganges  river. india video  below

The SWIMMING CITIES of the OCEAN of BLOOD was a continuation of the Swimming Cities project series previously held on the Hudson River and the Adriatic Sea. These projects involved artist groups from diverse backgrounds constructing and traveling on sculptural watercraft while interacting with local people along the way. The Ocean of Blood project took sixteen artists down the Ganges River on five pontoon boats. Unlike the former projects that took place  in metropolitan first-world cities, for this trip we wanted to bring a fantastic and unexpected spectacle through rural India. In such a place people would possibly have less cultural context in which to place us, facilitating a more interesting cultural exchange. This undeveloped and remote location was also chosen to create an experience of true adventure for the crew; an exercise in understanding group dynamics within genuine danger and isolation. Three of our boats were powered by local Royal Enfield motorcycles, which drove paddle wheels on two of them and a propeller on the other.  One of our boats was sail and oar powered only, the fifth, a designated kitchen boat with outboard motor. The five boats could interlock into a radial star formation when docked to increase the size of the deck, creating a communal space in the center.  The boat I captained was "Belle," our paddle wheel driven prototype.  After a long build in Farrukhabad we spent six weeks on the river, traveling around five hundred miles to Varanasi.  This project was financed entirely through our own events fundraising.
-Creator, project manager, designer, artist, captain. In collaboration with Angie Kang, Porter Fox, Benjamin Mortimer, Zack Tucker, Mike O'toole 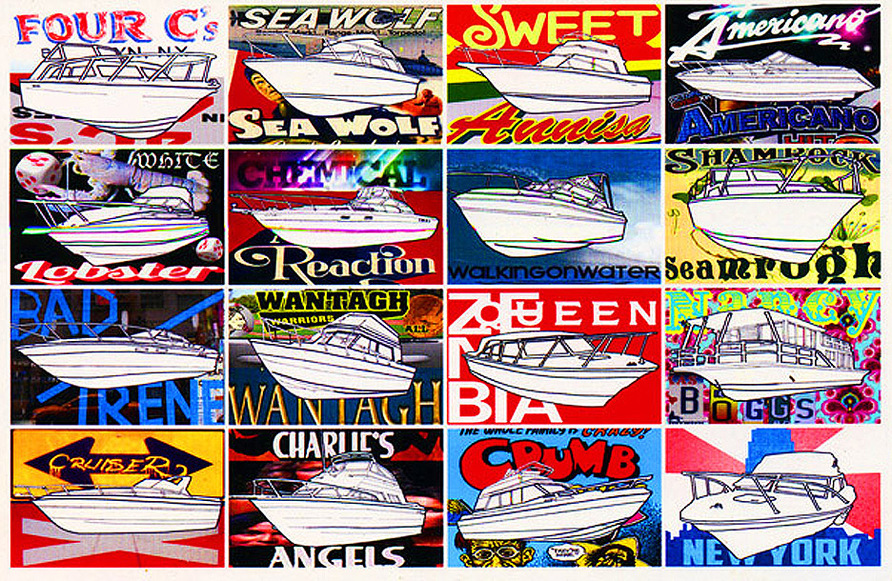 During  the  spring of 2012 Angie Kang, my partner at that time and myself began an artist residency program at a run down marina in Far Rockaway. We were determined to reutilize seventeen junk boats that were abandoned on the property and invited twenty-five artists to convert them into art installation hotel rooms.  The experience for guests was designed to be a unique balance of installation art and adventure, creating a feeling of having been invited into an impossible eclectic fantasy world where they were free to cook, swim, socialize and camp on boats. We operated from the late spring through early fall, receiving around three thousand guests. We hosted a weekly movie night at our outdoor "Boat-In" theater and a guest lecture series as well as other special events.  A wonderful impromptu community sprung up around the boatel that sumer. New and old friends would appear in costume for "Celo for trinkets" dice nights in our esoteric bait/ souvenir shop in a derelict houseboat and our secret lounge in the wheelhouse of a sunken tugboat. The 2012 "Boatel" was a continuation of a project started by Constance Hockaday the pervious summer. Sadly it no longer exists.

The map below shows the layout of the 2012 BOATEL.  Boats were arranged with their rears toward the central common-space docks to encourage socializing between guests. Two boats alone at the end of the dock were offered for couples who desired privacy. 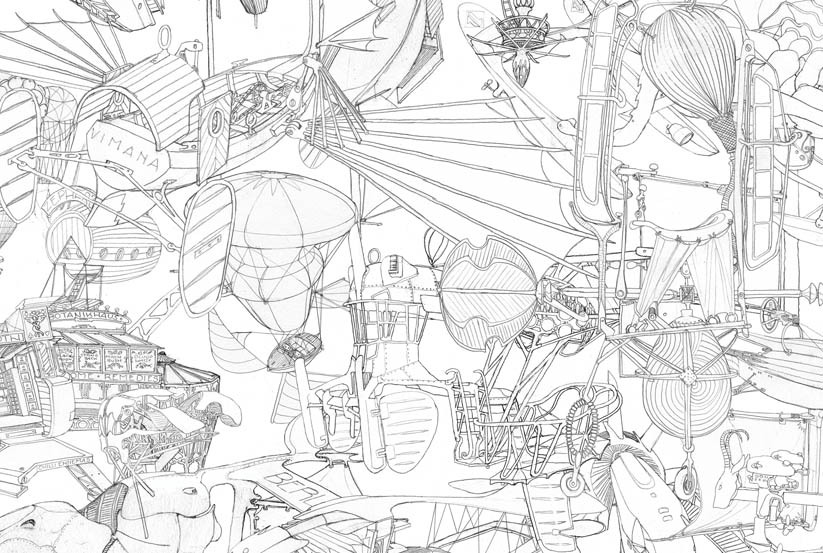 ACCIDENTAL AIR CITY is an interactive installation group-show themed around the fanciful 1784 airship "Minerva", and the mysterious artwork of Charles Dellschau. Artists will be invited to create the components of a floating "Aircity" which will be suspended in a large open space. Spectators will be able to traverse between installations via rope bridges and gangways. The installation will host a series of evening events set within a subtle narrative combining immersive theater and video-mapping technology to imply a last minute escape from the earth. The warehouse will double as a daytime gallery and host other collateral events. VIDEO BELOW. More at  accidentalaircity.com 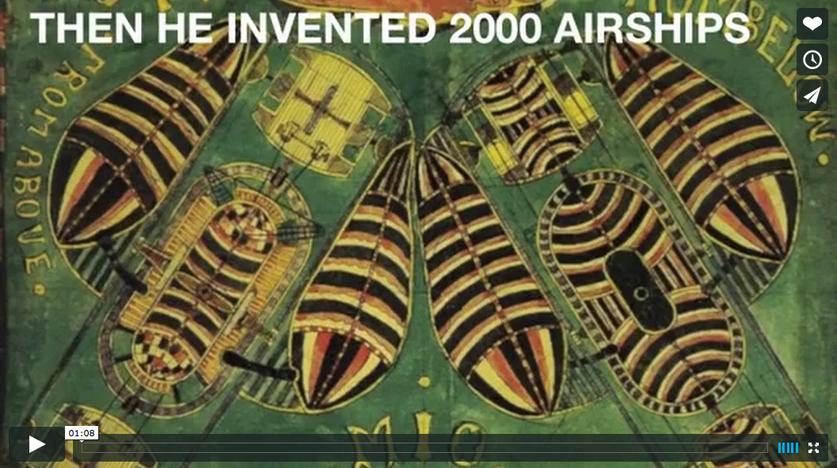